Symbol representing the cities of Sovana, Sorano and Pitigliano is tuff, an element that has always characterized the area. All the territory is of volcanic origin and is indented by enormous spurs tuffaceous carved by numerous storage cave. The tuff is linked to the history of this part of the Maremma Hilly: over time this rock has allowed the ancient prehistoric populations, Etruscan and medieval to exploit and shape the territory with cemeteries, roads, columbaria, and more. Even the existing towns made of homes leaning against each other and built with tuff give the feeling of being at one with the spurs of rock below.

The source of the Terme di Saturnia instead born in a volcanic crater (where there is the pool of plant) and then flows along a natural stream (called “the Gorello”) for about 500 meters, where a drop creates a waterfall that flows around an old mill, and the form in turn, a series of natural pools carved into the rock on several levels.

These waterfalls are located in open countryside but are easy to spot: a couple of kilometers before arriving, on the left side of the road, opens a view that lets you see in the distance the waterfalls of Saturnia in all their beauty, made even more impressive, the vapor cloud that constantly accompanies this enchanted place.

Sovana is a town of Etruscan origin. He is currently part of the municipality of Sorano and place of great historical and archaeological importance. An Etruscan necropolis, an ancient cathedral and charming, a campaign strong and mysterious make it one of the most popular destinations by scholars and enthusiasts. Its medieval old town is perfectly preserved. He was born in Sovana Pope Gregory VII, whose birthplace still exists.

SOVANA
Sorano (GR) is a town with just under four thousand inhabitants, is about 80 km from the capital. Ancient medieval village, stands on a tuff spur overlooking the valley of the River Lente. The main attractions are the fourteenth-century Fortezza Orsini and Masso Leopoldino which offers a panoramic view of the country. 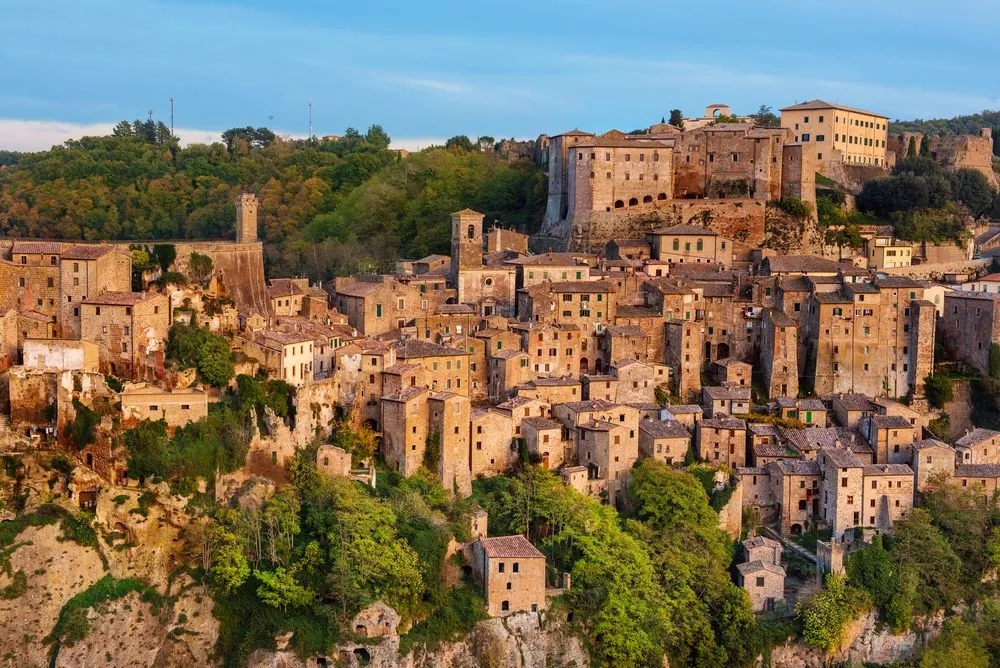 SORANO
Saturnia is a spa town located in the town of Manciano (Gr), in the Tuscan Maremma. The sulphurous water at 37 degrees of the baths are famous for their therapeutic properties. Here nature colors range from dark green to yellow to brown in all shades to almost black. The flow rate of the source is about 800 liters per second, and this ensures an optimal exchange of water. Water features are described as sulfur, carbon, sulfate, earthy, with the presence of hydrogen sulphide gas and carbon dioxide. The mineral salts dissolved per liter are 2.79 grams. 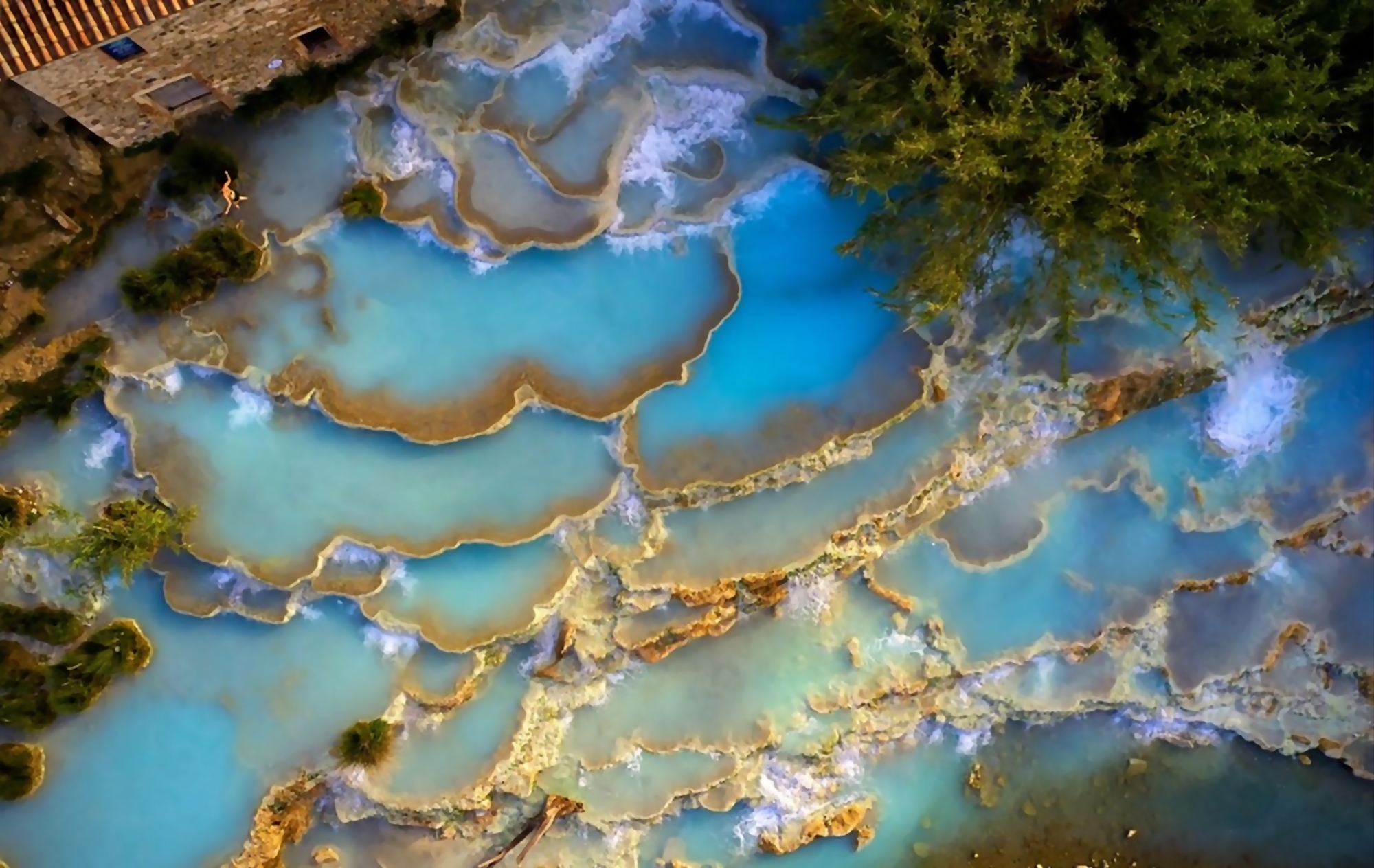 SATURNIA
Pitigliano was once a fortress, probably of Etruscan origin, but perhaps its history is even older and probably megalithic era testifies before the Etruscan presence. The city’s name derives from the gens Petilia: legend tells of two Romans (Petilio and Cigliano) which, after having stolen the golden crown of the statue of Jupiter Stator in Capitol fled to Etruria and took refuge here and founded the city. Roman rule lasted until the advent of the Longobards who occupied it with all of Tuscany. With Sorano and Sovana, under the Aldobrandeschi family, was a fortified triangle. It then passed to the Orsini, through a period of splendor, testified by the beautiful Palazzo Orsini, with a grand portal. Pitigliano stands majestically springing from tuff and enchanting the visitor that from a distance they can see the profile and colors. 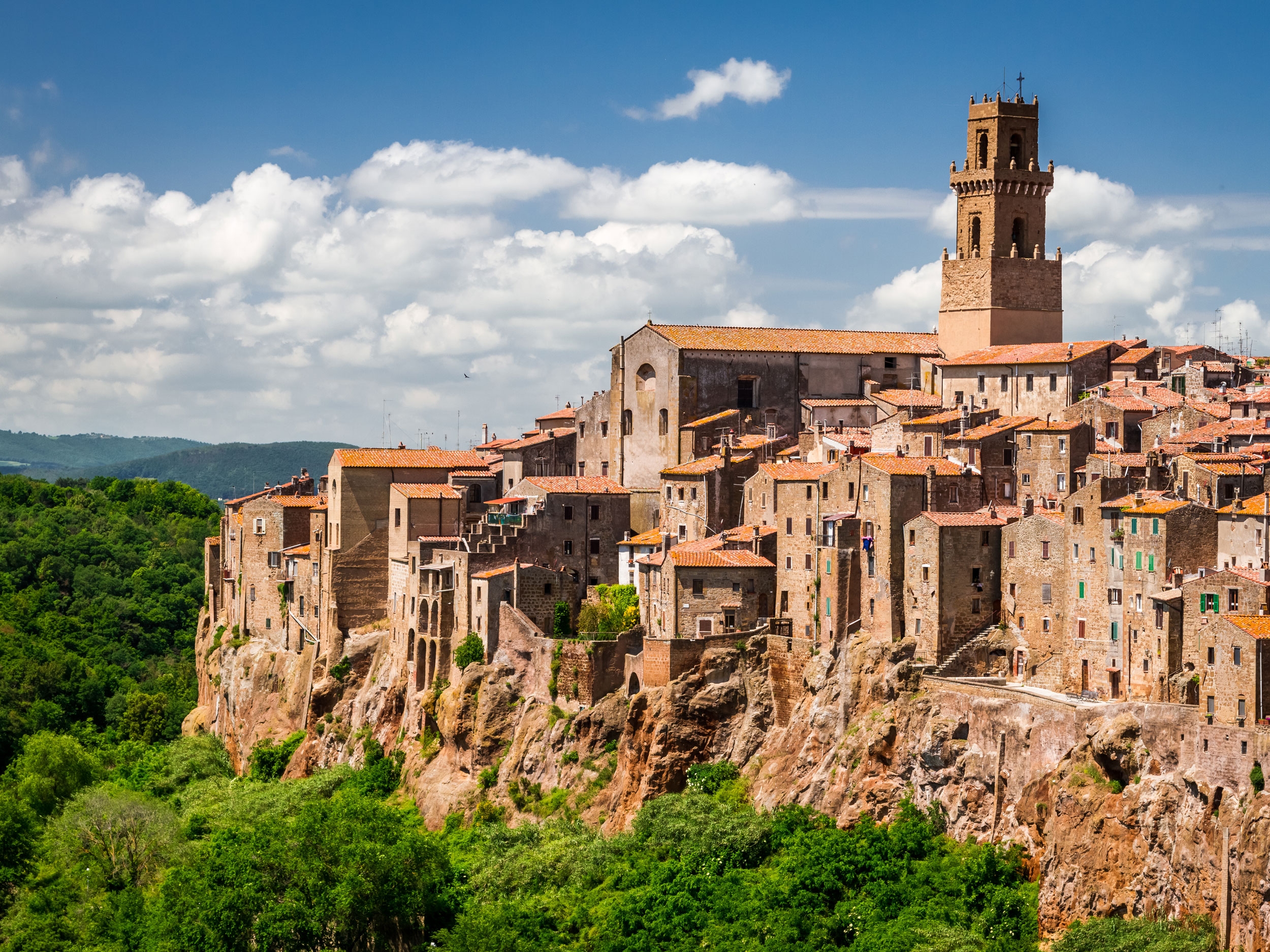